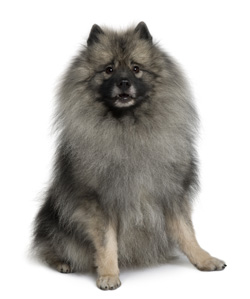 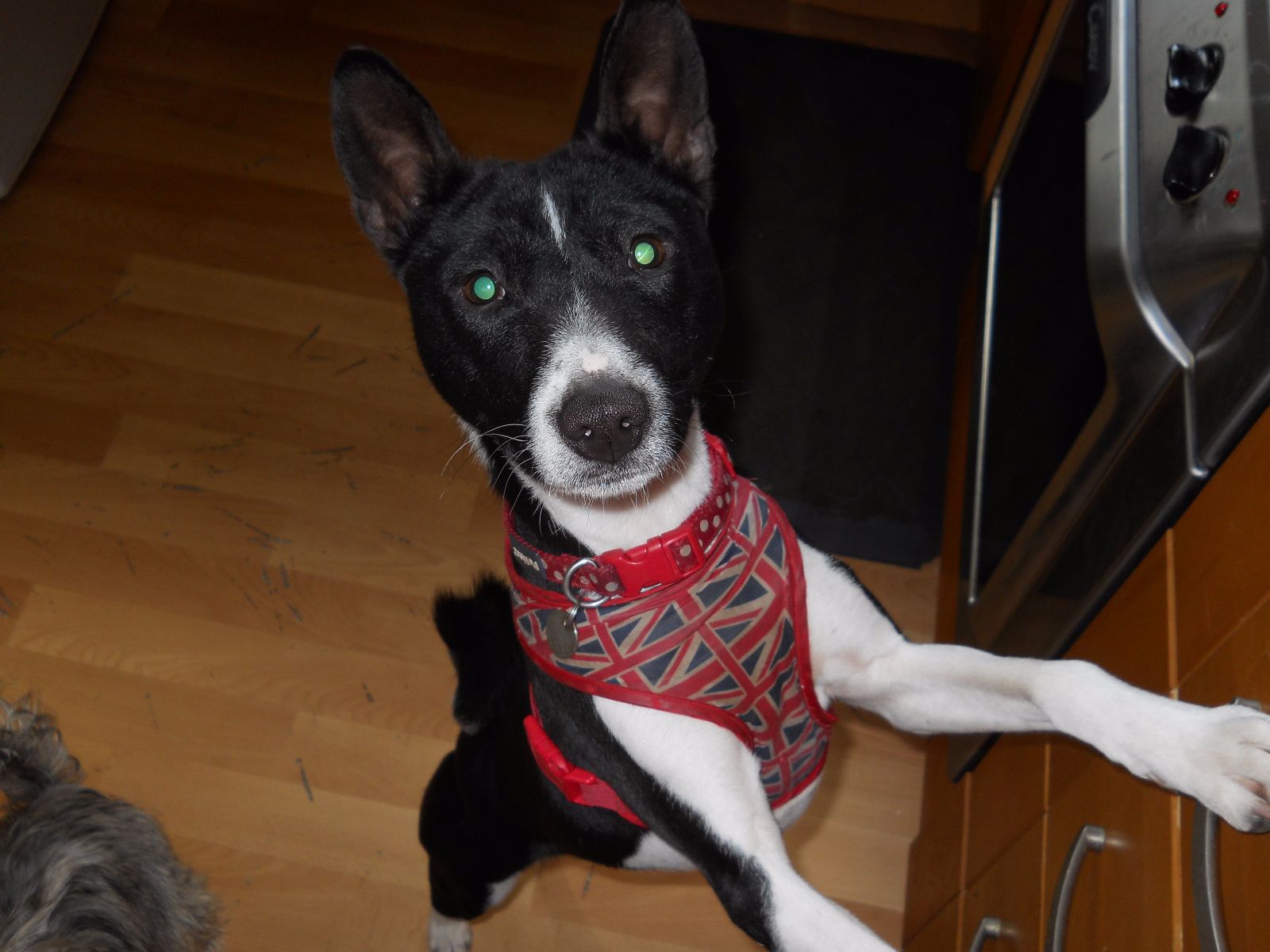 
The Keeshond is a medium-sized dog with a plush two-layer coat of grey and black fur with a 'ruff' and a curled tail, originating in the Netherlands. A member of the Spitz group of dogs, the Kees is 17 to 18 inches (about 45 cm) tall and weighs 35 to 40 pounds (about 16 to 18 kg). Its closest relative is the Pomeranian. Originally called the German Spitz, the name was officially changed to Keeshond in 1925.

The Keeshond was named after the 18th-century Dutch patriot, Kees de Gyselaer, leader of the Dutch rebellion against the House of Orange. The dog became the rebels' symbol, and when the House of Orange was returned to power, this wonderful breed almost disappeared. Luckily, the breed continued as a guard on Dutch barges. Later, in the 1920s, Baroness van Hardenbroeck took an interest in the breed and began to build it up again. The Keeshond was accepted for AKC registration in 1930. Now bred for many generations as a companion dog, the Keeshond easily becomes a loving family member.

Keeshonds tend to be very playful, with quick reflexes and strong jumping ability.