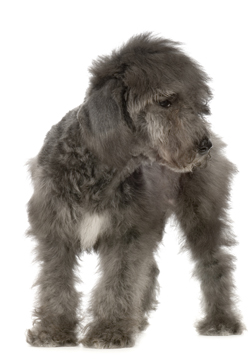 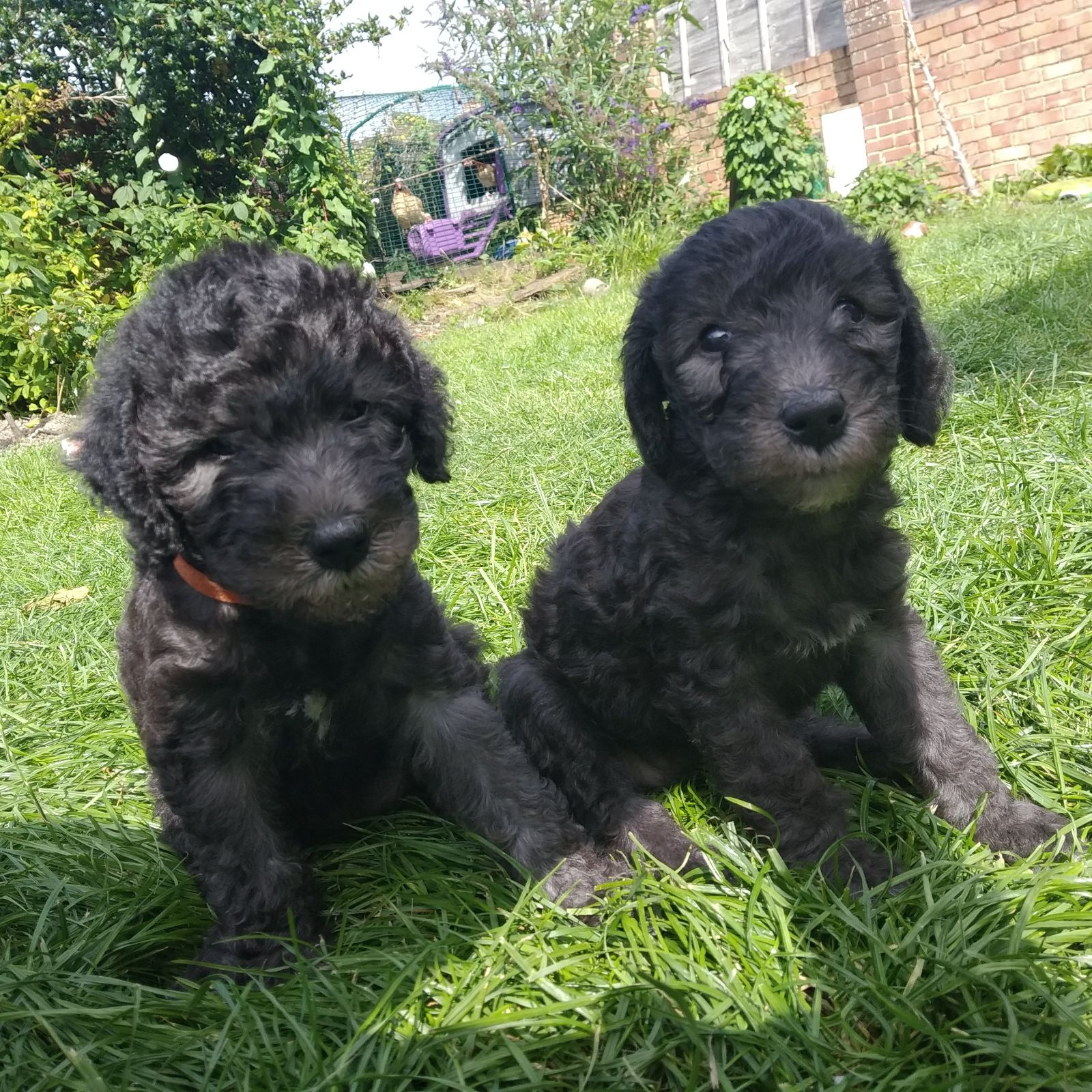 
The Bedlington Terrier is a breed of terrier named after the mining town of Bedlington, Northumberland in North East England.

The Bedlington Terrier is often described as having the look of a lamb with the heart of the lion, partly due to their linty-textured coat which is trimmed in a "lamb-like" cut. These dogs come in blue, liver and sandy coloration, all three of which can come with or without tan points. The breed possesses the greying gene (located on the G locus) which is a dominant trait, causing the coat colour to change from their birth colours of Black (in blues) or Dark Brown (in sandies and livers) to a silvery (for blues) or mauve (for livers and sandies) colour on their bodies with a lighter colored topknot and legs.

This breed has a wedge-shaped head with piercing almond-shaped eyes. Its body shape is different from most terriers in terms of construction, resembling a sighthound more than a typical terrier, which enables these dogs to gallop at great speed. However, the front assemblies of these dogs (shoulders, upper arms and front legs) are constructed differently from any other breed in that, the front legs are closer together at the feet than at the elbows - creating a triangular shape when viewed from the front. This enables them to turn or pivot quickly when chasing quarry at high speed, as well as get into the tight underground dens of their prey.

The modern show groom bears little resemblence to the original dogs, and indeed has no discernable purpose other than to make the dog look coiffed and exaggerated for the show ring. Two distinct and quite different types of Bedlington terrier exist today - The Kennel Club and equivalent registered show type Bedlingtons, and the mainly unregistered Working type Bedlington terrier.

Toy Poodle blood was introduced firstly back in the 1950's by the then main breeder Mr Fred Gent (Foggyfurze), and again more recently by other show breeders. The reason for this infusion of non terrier blood was to give a lighter more sculptable coat and some refinement. The down side of this cross breeding was to dilute the never say die attitude of the Bedlington Terrier.

The Working type Bedlington Terrier also exists in considerable numbers in the UK and some European countries, these dogs generally have darker more weatherproof coats bigger heads and teeth, and a more terrier like disposition. They are used to hunt vermin such as rats and rabbits, and foxes and badgers where the local laws allow such practices. Some of the Working type Bedlinton Terrier has had periodic infusions of Lakeland or Fell terrier blood intruduced to widen the gene pool, improve coats and working abilities.

The best known strain of Working Bedlington are the Rillington kennel, founded in 1946 by the late Mr George Newcombe of Rillington North Yorkshire. Other working strains are Granitor and Gutchcommon.

These high-energy dogs need walks and aerobic play sessions daily to keep them happy and content. The breed is well suited for agility, earthdog, obedience and other performance events.

In the case of the Working type Bedlingtons, it is imperative that the dogs are allowed to express their hunting instincts Otherwise they can become bored, desructive or aggressive.

While this is the most reposed of the terrier breeds, it is still an active and energetic dog which requires both mental and physical stimulation. They can be maintained easily in both an apartment setting or with more space and outdoor access, but must be given an outlet for their energy or they will create their own entertainment.