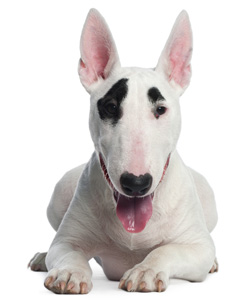 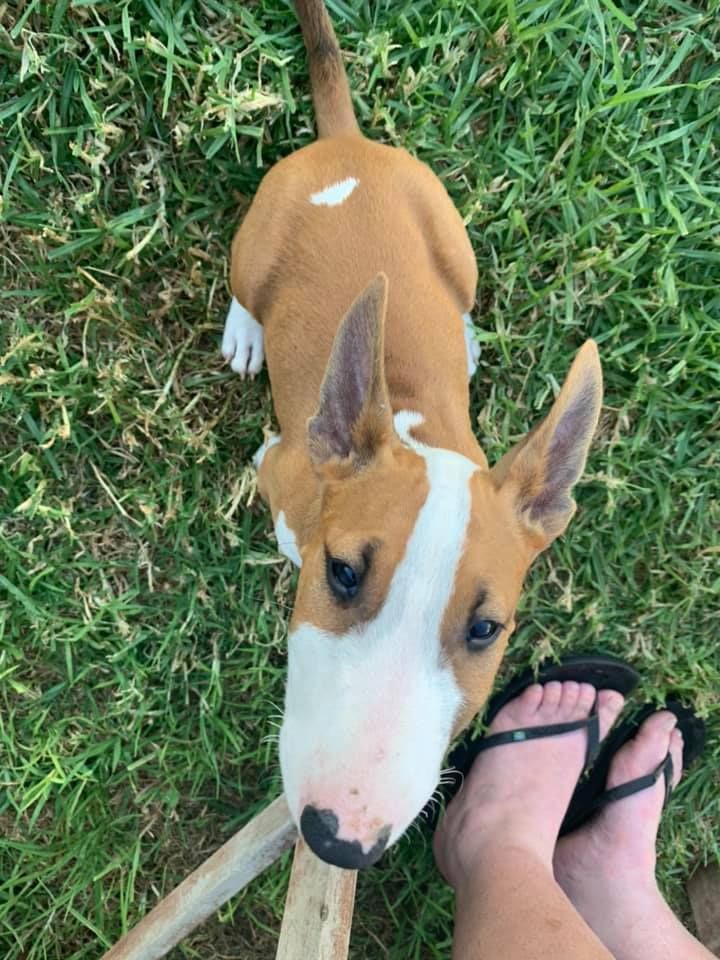 
The Bull Terrier is an English breed and is a cross between the Bulldog and the now extinct White English Terrier. Originally bred for dog fighting and badger-baiting which were eventually outlawed during the first halt of the 19th century. The first bull terrier was bred in the 1860s and it is thought to include strains from the Dalmatian and pointer.

They are strongly built, muscular, well balanced and active with a keen, determined and intelligent expression. They are extremely loyal to their owners, great with kids and people in general of all ages.

If brought up to respect and be respected they make wonderful house pets & companions. Early obedience training is highly recommended.

Health problems that can be associated with bull terriers are kidney disease, heart problems, Luxating patella and deafness. All these can be hereditary and many good breeders are now testing their dogs for all these problems and removing dogs affected with them from their breeding program.